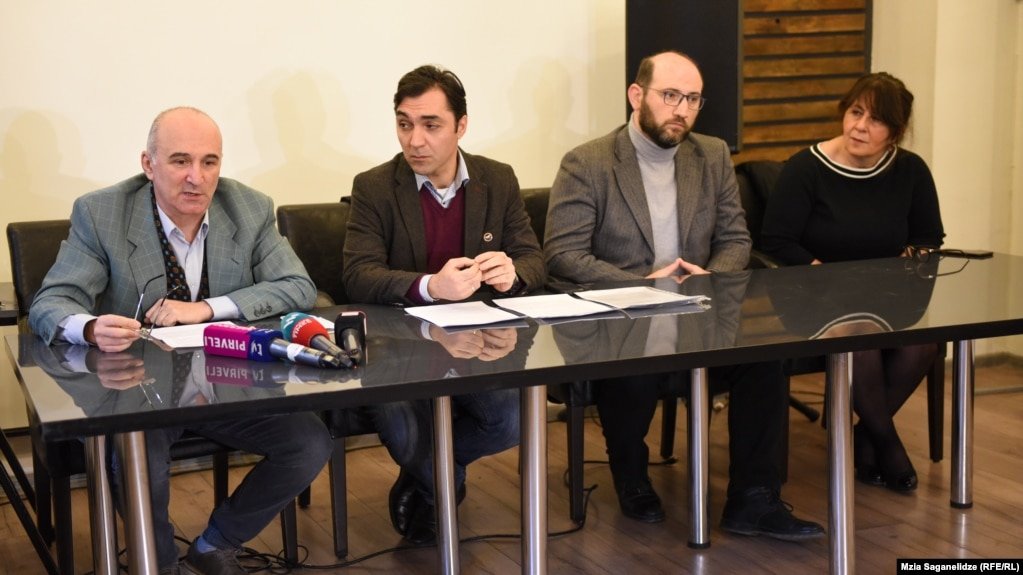 Georgian policy and security experts developed a joint paper, released on January 10, that urges political parties to overcome internal polarization to concentrate on the Russian threat.

The recent development in the region, including CSTO intervention in Kazakhstan, pressure towards Russian integration with Belarus, and the aggression toward Ukraine, convinced Georgian experts to take a collective and public stand urging the government to divert its effort from the internal political cleavages and concentrate on the external threat.

“In an extremely hostile security environment, all political parties must work together to neutralize external threats to Russia”, says to CSIG Andro Gotsiridze, veteran senior officer in the Georgian Ministry of Defense (MoD) and Foreign and Military Intelligence Services, where he headed various departments from 2001 on.

“The government must not be engaged in destroying the opposition, but shall concentrate on taking effective steps to end Russian occupation and prevent hybrid intervention or conventional invasion.”

He urges the political parties to work on the direction of integration with the West, that on its side will be able to get a clear signal from this, and act accordingly:“the West at this crucial moment should see on the part of Georgia a non-partisan desire for integration and not the desire of politicians to enlist the support of the West against each other.”

“Strengthening democracy, leading to the depoliticization of the security and justice system, is an important factor in NATO/EU integration, not Russia’s veto”, additionally stresses Gotsiridze, among the signatories of the declaration.

According to Professor Shalva Dzebisashvili, Head of the Political Science an IR Programs at the University of Georgia, “given the nature of Kremlin’s demands and its stance towards the (im)possibility of compromise as a result of planned negotiations with the US/NATO/EU the high risk of military confrontation with Russia in Ukraine and Georgia remains acute.” As a consequnce of it, Professor Dzebisashvili adds that “the government of Georgia, as well as opposition parties, have to adjust their political agenda and collaborate to do all possible to prepare the nation and ensure an effective response to the crisis.”

You can read the Georgian version of the declaration here.

Following is the full text of the declaration in English language.

Special Declaration of the Security Experts and Civil Activists

Once again, the democratic choice of Georgian citizens, to be free and determine its own future – is being put under the threat of Russian aggression. The Kremlin’s ultimatum towards the West is a clear statement that Russia regards Georgia solely under its dictate and as inseparable part of its sphere of influence.

This threat directly implies the high possibility of military provocations as well as the renewal of a large-scale military aggression, which aims at reducing the sovereignty of Georgia and severing its vital ties to international community and the West.

Considering the severity of the existing threat, our position is that:

Given the existing critical situation, the Georgian society has no time and luxury to remain passive while attempts are made to reduce the statehood of Georgia. Our duty is to demand from the government and the entire political spectrum to unite and do all the necessary to counter the threat. Furthermore, the crisis created by Russia, has to be regarded and utilized as opportunity for speeding up Georgia’s integration in the West and NATO in particular.